The award-winning luxury South Island motel, Century Park Motor Lodge is the perfect place to base yourself for the upcoming winter of sport. 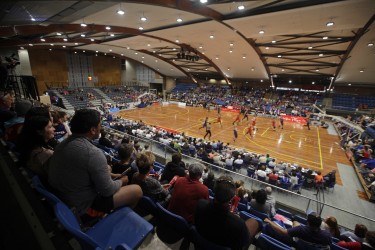 It’s all happening in Nelson with an absolute feast of sporting events taking place in the region and the award-winning Century Park Motor Lodge is centrally located for you to catch some great sporting action.

Here are some great sporting events happening in the Nelson Tasman region over the next couple of months.

The New Zealand National Basketball League has swiftly hit the midway point of the action-packed season with the intense battle for top four finals spots heating up. The Nelson Giants have a number of home games coming up and you won't want to miss out on them. Make sure you catch the Nelson Giants when they take on old foes the Auckland Huskies on the 2nd July 2021 at 7.30 pm at Trafalgar Centre

The 2021 Bunnings National Provincial Championship is about to kick off its brand-new season and the Tasman Makos are looking to make a strong start in the Premiership division. After a fantastic 2020 season, the Makos will be amped to continue their streak. Their first home game will be against Auckland on Saturday 14th of August 2021, at 2:05 pm at Trafalgar Park.

The ANZ Premiership is in full swing with top quality netball action with The Good Oil Tactix. Their next home game in Nelson will be against their foes the Central Pulse at Trafalgar Centre on the 4th, 6:15 pm. The two time champions will be sure to bring their a-game down to Nelson, so you won't want to miss out on this one.

For those that don’t want to spend their time on the sidelines and want to get involved in the action, should sign up for The Dun Run. Taking place on the 29th August 2021, this year's Dun Run will take place in the “backwoods of Nelson” and along the sub-alpine mineral belt, offering stunning views out to a sparkling Tasman Bay before sloping down to New Zealand’s first railway line to the finish.